Someone “X” asked a question on a Facebook site

In a discussion about recipes, some one found out I was vegan and just had to get disparaging, and then threw this out there. I’ve read articles of that nature before, and it doesn’t make much sense to me, I was wondering if there’s any research to refute that claim.” 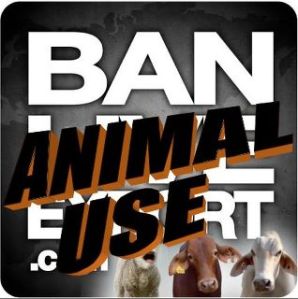 “There are some assumptions in these kinds of arguments, X . Typically, people are assuming the absolute most pristine form of grazing animal agriculture that could ever be envisioned, while they assume the bloodiest form of plant agriculture possible. So they’re comparing omnivore’s fantasy with vegan’s nightmare. So let’s flip things around and ask, what’s the omnivore’s nightmare and what’s the vegan’s fantasy?

The omnivore’s nightmare (if they truly care enough to call it a nightmare) would involve many incidental animal deaths (and non-death harms) in the pasture. This includes animals (including insects, amphibians, reptiles, and mammals) being trampled, having their habitats ruined, and being overridden by tractors trying to sow more grass to meet the farm’s high production demands. And every time the ruminants are rotated to other pastures, the habitat recovers and the free animals move back in, only to have the cycle of deaths/harms to repeat when the ruminants rotate back in. This is all in addition to the “pest management” policies of the farm, which result in significant deaths/harms for free animals. As Renata explained, in Australian reality, pasture-raised animal agriculture is much more like this nightmare version than the fantasy version.

The vegan’s fantasy would be, well, the very kind of veganic agriculture many of us advocate! Plus, vegan farmers would be much more conscientious about avoiding incidental harms than would nonvegan farmers (as Elizabeth pointed out), even in till agriculture. But vegans would likely be most keen to explore no-till agriculture options. Many plants can be grown hydroponically or aeroponically, completely removing the need to manage soil or use a field tractor. Please excuse my posting of speciesist journalism about zoos, but here’re some practical examples:

Given how misleading it is to compare a best-case animal scenario with a worst-case vegan scenario, we need to be aware of the very different practices people might intend when discussing “veganic farming” or “pasture farming” or whatever else.

But I’ll be honest with you. The best and easiest response, once you’re aware of just how twisted up this whole thing can get, is to simply dismiss it all and bring the discussion back to animal rights. So, X, back to that original argument:

“More animals are killed in Australia with cropping than are with raising and killing grazing animals for food.”

While it’s true that many animals are killed due to conventional agriculture techniques, it’s quite clear that being vegan reduces the amount of land used, habitat destroyed, and wildlife displaced. It’s also clear that vegans aren’t intentionally killing animals for unnecessary reasons, such as our palate pleasure or our culinary traditions. And that’s an important distinction. Just because we can’t avoid all harms to others (given institutional circumstances beyond our individual control), that doesn’t give us permission to participate in intentional and unnecessary violence and killing. For example, we know from statistical analyses that when we build roads, many people will die on those roads, but we don’t use that as an excuse to intentionally drive over pedestrians. If animals die incidentally in the production of vegan foods, then the proper solution is to improve the production processes—not to go kill animals intentionally.

It’s clear that agriculture can improve to be much less harmful and cause far fewer deaths. And I’d be happy to talk to you later about different kinds of positive agricultural practices that we could implement on a global level. But right now, with neither of us being farmers, that’s not really relevant. The fact is that most farmers don’t care about incidental deaths when they grow crops, because they themselves aren’t vegan. Heck, they pay for—or perform themselves—the killing of animals simply because they like the taste of their bodies or to make money. So why would they try to protect the wild animals on their farm? Vegan farmers, on the other hand, would very much care. As more and more people become vegan, and more and more vegans engage in farming, we’ll find that agriculture becomes a far less bloody enterprise. You can contribute to that revolution by being vegan yourself and helping others to become vegan. As we discussed earlier [assuming we did], you’ve already said that you think it’s wrong to inflict unnecessary suffering and death on animals. So the first step to putting that principle into practice is to end your participation in that violence by becoming vegan. I’d be happy to help you learn more and make that change!”